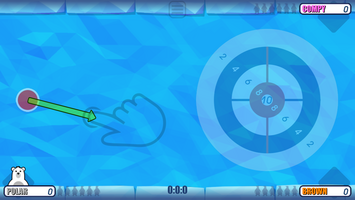 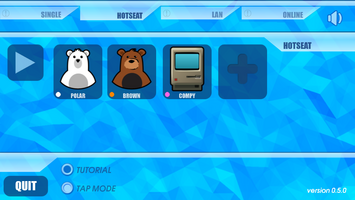 A new method of control has been added. Just tap on the red dot and drag in the direction you want to send your penguin. Practice a little, and become a new world champion

A short tutorial added.
Now you can turn off the sound in the game.
In the new version, the winner of the previous round has first turn.
Several minor changes, fixes and improvements was done.
Most of the inscriptions in the game were translated into Russian and Ukrainian.

The HTML5 version was dropped for now